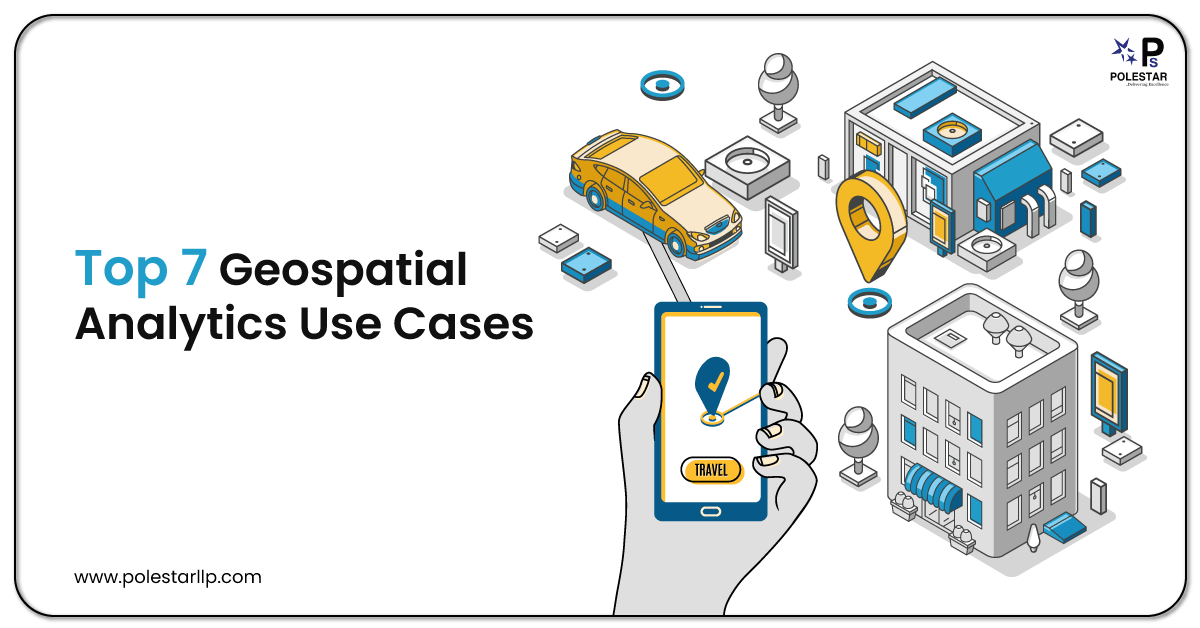 Have you ever heard of stock picks from the sky? Well, I had only heard of fortune-tellers, who literally can never help you build a fortune. But what if you can build a fortune on your own?

I was amazed to know, stock from space is a prevalent tactic these days, and this is how it all started.

Tom Diamond packed the trunk of his black sedan with a week's worth of clothes to head to his brother's place. It was 2009, and in the aftermath of the financial crisis, Tom's business was severely hit. He was working as the director at a consultancy that helped financial firms monitor their investment.

Tom had left his job and could use some time off, but that was not the only thing that he had in mind. His brother, Alex, worked at a company that sold satellite imagery and he had sent a few to Tom for one of his client's presentations. An idea crossed Tom's mind.

Inspired by Sam Walton, who in the early days of Walmart monitored stores performance based on the number of cars in the parking lot, Tom thought what if this could be done on a much larger scale.

With three months of car parking data of retail stores like Walmart (for sure), Home Depot, Lowe's and McDonald's, they could accord to the fact that there is a correlation between retailer's parking lots and revenues. The Diamond brothers started their own company RS Metrics (stands for Remote Sensing) and rest, as they say, is history.

They have done some phenomenal work since then and recently revealed, using satellite images, a spike in traffic around hospitals in Wuhan since September 2019, 4 months before the COVID outbreak reported by the officials.

Now, Let's Dive Into What Locational Intelligence Is And The Value It Holds For Businesses And Governments.

What Is Locational Intelligence?

Locational Intelligence helps organizations gather Information on the 'WHERE' questions – most often than not organizations, in their board meetings, love to see their business on a world map. There is nothing more real & convenient than visualizing your data on a map. But more often than not, it is static data; those markers are kept post analysis and hence lack the dynamicity that modern businesses need.

Location intelligence answers these 'where' questions with the help of satellite imagery and brings the missing pieces and patterns to the fore. Just like those children dot books. Is it that simple?

The answer is 'No', but that's because setting it up is tricky, but once you have the technology stack, it is no rocket science (even though satellites are involved). And because of that, it has been an area of interest across a broader set of communities including and not limited to retailers, realtors, food chains, hospitals, agriculturists, value chains, stock traders, government bodies, etc.

Its applications have led to some mind-boggling and extreme revelations, building a fortune by stock picks, an underlying technology in tracing Osama Bin Laden (along with drones and Laser Beams) are just a few.

So, let's dive into the top 7 areas that have been utilizing locational Intelligence, who knows, this might lead you or your business to a very own disruption (and 8th on this list yes).

Companies often struggle while choosing physical locations for their stores or warehouses, and rightly so. It should be strategically mapped, maintaining a balance between suitability of procurement and better reach to customers, keeping the cost in mind.

With location intelligence, companies can combine sales data with customer geographical spread, giving them an optimum location for setting shops. Retailers have been experimenting and innovating further to ascertain regional preferences of their target segment to fuel effective retail strategies, identifying peak hours and accordingly managing the parking space and the store staff.

Further, they can differentiate profitable stores to less profitable ones. Often heat maps are used to depict the higher density sales areas.

The Mexican cities witnesses one of the worst traffics in the world, commuters waste nearly 5 hours a day stuck in traffic. And this presented a huge opportunity for Burger King. Combining location data with beacon technologies to push customized offers - Burger King did it for customers during the peak traffic hours to place and collect it while on the ride, killing the traffic-boredom with the best burger in town.

Further reduction in distribution cost can be achieved if the warehouse is strategically located as well. The industry is under immense pressure to offer the best experience to consumers. Major consumers of such services are e-commerce firms that offer prime delivery options such as the same day or the next delivery. The e-commerce giant, Amazon spent a whopping $11.5 bn to $21.7 bn between 2015-2017 in the shipping cost.

The modern route optimization techniques are dependent on spatial data science that takes not just warehouse locations into consideration but also the locations of fulfillment centers along with their respective capacities. Exceeding the capacities might lead to delayed delivery, damaged goods due to storage issues, and bad user experience; thus, compromising the whole objective. With the spatial analytics-based technique, data models can be designed to simulate the network conditions based on underlying constraints.

If you are in the business of farming or your business is dependent on agricultural produce, then, you know the most significant uncertainty your business is exposed to is crops yield. A good harvest or a bad one can have a trickle-down effect on the supply, manufacturing, and demand throwing your operating expenditure into disarray.

What if there's a way to predict the yield and stock your inventory accordingly?

Joe Phongpreecha and his team did exactly that for predicting crop yields. It is common knowledge that satellite imagery can be used to identify the types of crops that can grow in a particular region. They put this information and historical data of the last five years to train their predictive models. They tested it against the produce of the running year and were able to find a correlation between images and the produce of each year.

As per the World Bank - this practice is being used extensively by developed and developing companies to forecast the production of staple crops. With the color of vegetation, the satellites can discern the health of the vegetation. With some statistics and modeling techniques, this information can be transformed into measures of crop yield. The underlying methodology and resources to explore it further can be found in the World Bank blog.

Customers locational data has added another dimension to improving customer targeting and has given rise to a term called - Geomarketing (used across all 4Ps of the marketing mix – product, price, place, and promotion). It is exceedingly used to ascertain where all the customers have frequented in the past and where they are at present. Basis this information marketers are generating very targeted promotional schemes to entice the customers and maximize bangs for each dollar of marketing spendings.

Burger King experimented with one such promotional scheme wherein; they offered $1 to McDonald's passers-by to visit their nearest store – taking the competition head-on.

A similar practice was deployed by Master Card to prevent fraud. It used a combination of users' mobile devices location and the place she/he is transacting at. If there was a mismatch between the customers' mobile location and the store or the ATM, it automatically declined the transaction. Initially, it expanded the losses due to false declines (can't emphasize enough the importance of a robust implementation). But they regrouped and developed a decision intelligence mechanism to resolve this concern. Renewed faith in such initiatives helps companies not just recoup the losses rather consolidate the gains over the competition.

The biggest problem for insurance companies is to chaff out factual claims from inappropriate ones. These companies come out with several ways to counter such threats, Insurance data intelligence on their customers' Information is one of them. And one of these is an analysis of spatial data to measure their customers' exposure to risk, due to the region they reside in.

Insurance providers like Aon, Amica, and Zurich actively use it to track their customers and proactively offer support to adversely impacted policyholders. They also use the GIS data to trace non-credible claims; this helps them rally their efforts on customers who are in dire need and quick claim processing.

Some geographies or localities are more prone to such disasters or crime and hence a higher number of claims. Insurers use the customer locational data to charge higher premiums from such individuals and thus a leveled field for all their customers and better risk mitigation for their business.

Another use case of locational intelligence is the least-cost path analysis for pipelines. Pipelines prove out to be the most effective way to transport fuels, LPG, or water supplies; however, the initial cost incurred is too high and hence a need to optimize it every step of the way.

As we know, the shortest path could be a straight line between the two points but, the existing utilities & infrastructure and sometimes the topography (uneven terrain) don't make it feasible—the least-cost path analysis factors in all of these parameters along with the environment friendliness.

7. Improved Public Utilities For All

Geographic Information System (GIS) Data analysis can be a significant step towards improving the lives of the citizens and can be used to strengthen a gamut of public utilities such as:

The route optimization techniques discussed for logistics and warehouses can be used by government services that require transportation such as post offices, freights carry goods, ambulances, garbage collection, etc. can leverage real-time traffic data to find the best available routes and reduce the resource wastage, in terms of fuels, time and wear & tear or perishability.

The city population is exposed to traffic congestion regularly around specific routes. With the help of satellite images, the government can identify alternative ways and divert the traffic to them. It can minimize the load on these high congestion intersections.

There was this fantastic initiative that Videocon did to avoid the problem of having cows on the traffic and also leveraging it to find alternative routes during peak hours. It is a problem specific to India where animals are even walking on the roads and streets along with the human commuters, and it is prevalent across some major cities like Delhi, Mumbai, Varanasi and not a subject of surprise across other cities as well.

Videocon created solar-powered collars for cows that used GPS from recycled cell phones. It was backed by an application named Traffic Gaaye. The users of the app can see the position of these cows in real-time and avoid those routes or suggest smart directions of hidden lanes to navigate through. The app also pushes out automated tweets with traffic updates of popular routes.

As per an article by Pitney Bowes – 80% of data maintained by organizations has a location component that is mostly overlooked and untapped.

With the kind of innovative companies is bringing based on the combinations of GIS data and analytics, businesses are leaving significant value on the table if not leveraging this locational component of their data.

If you are still confused whether you are capturing the right data set to get started with Geospatial Analytics (also Locational Intelligence) or unable to formulate a strategy to unlock these advantages, book a free initial consultation with our experts.